As our pilots ventured deeper into the outer space, they discovered two mysterious sources of energy emanating from three unknown celestial objects. Upon closer inspection, they realised what had been found: Theoretical Matter, so powerful that it radiated throughout the entire tangleverse. After careful consideration and equipped with only the most high-tech of tools (i.e. decentralized wallets), it was discovered that these energy sources would be able to become contained and harvested in a meta-stable manner.

Such astounding discovery allowed for the inception of our unique Dual-token System:

For the current year 12022 of the human era, our crew of scientists & pilots has been able to rigorously research and study only VOID matter, hence it will be the main focus on this tokenomics article. You can expect updates to be released frequently and transparently, as progress is made towards our final destination at the Mainnet Nebula.

VOID and MASS constitute naturally different sources of matter and energy. They belong to separate though closely related networks, and while they can be used for almost identical purposes, they are not the same token — yet they will remain intimately interconnected at all times in the future.

Most interestingly, explorers holding VOID energy over 12023 might be rewarded with a proportional share of MASS, once such novel kind of quark matter shall be formally examined and airdropped at diverse Earth locations, likely over the year 12024. 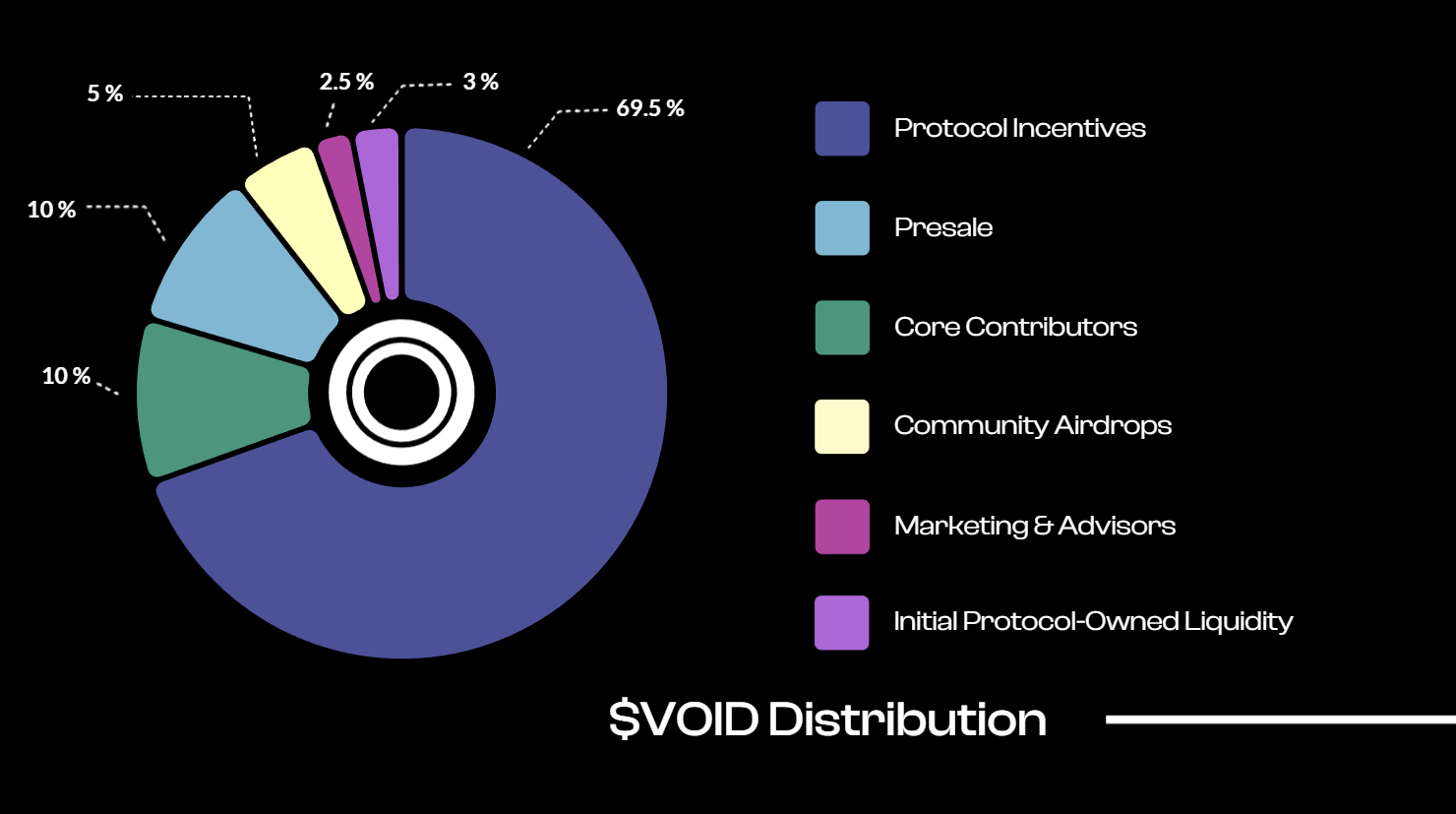 Our team has so far designed different token utilities and a multitude of independent burn mechanisms (coming soon™), entirely conceptualized and built around creating tangible protocol-derived revenue that drives the value and liquidity of TangleSwap utility tokens.

For the foreseeable future, Shimmer will be the only network within the IOTA ecosystem hosting all the necessary requirements for a fully functional DeFi landscape and thus allowing for the full range of applications of TangleSwap. Without making any particular claims or predictions regarding the relationship between Shimmer and IOTA, we believe that Shimmer will take on a very integral role within the IOTA ecosystem as long as specific aspects of smart contract functionality haved not been rolled out onto IOTA Mainnet.

Even after the IOTA network—and by extension, Assembly—will have undergone the relevant updates to host the aforementioned features, we believe that, similarly to how Kusama has been doing with Polkadot, Shimmer will keep its intended role as a public incentivised staging network. Shimmer will keep allowing for the implementation of pioneering technology at a much faster pace than what will be possible on its big brother, the IOTA network. As such, TangleSwap and—to the best of our knowledge—many other protocols will aim to continuously roll out our latest features on Shimmer first, allowing for the necessary amount of battle-testing before deploying onto the IOTA Mainnet. This approach, as intended by the IOTA Foundation, will strengthen Shimmer’s role in the IOTA ecosystem beyond the first couple of years and allow for long-lasting utility of all tokens native to the Shimmer network.

We believe VOID will therefore continue to be an integral part of the IOTA ecosystem, long after smart contracts have gone live on IOTA and thus even after MASS will be launched. Besides the abovementioned fact that VOID and MASS are and will always stay inherently interconnected, we firmly believe VOID will secure and maintain its spot in the ecosystem — especially since most new projects will be employing a Shimmer-first launch methodology and as such, the VOID token will remain integral for bold explorers looking to participate in their pertinent farming activities.